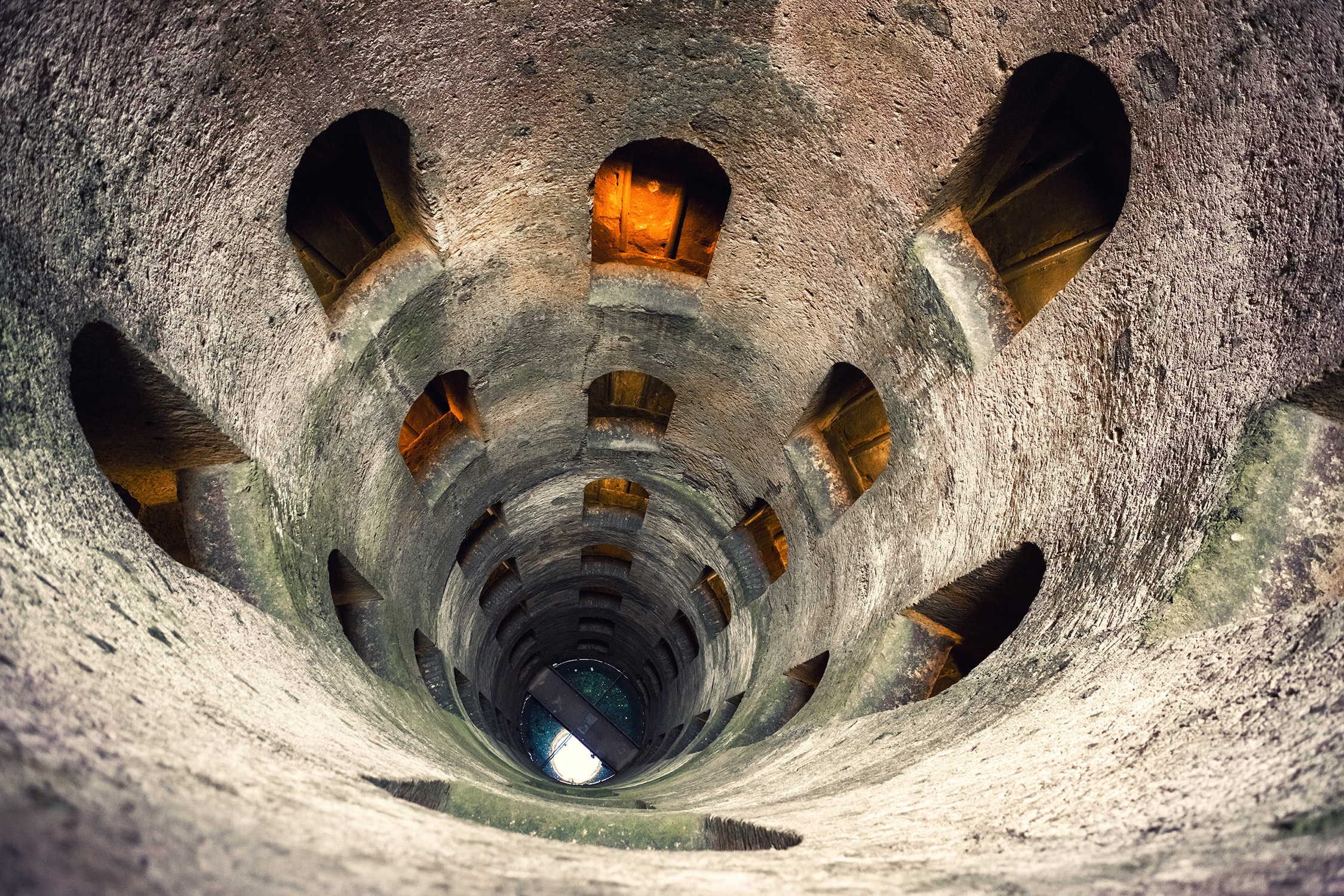 In Orvieto there is an incredible example of Renaissance engineering that allowed the city to obtain water even in the event of a long siege. It is Saint Patrick’s Well, and it is one of the most beautiful locations to visit on your vacation to Umbria. The well is situated in the center of Orvieto; it was constructed in 1527 by Antonio da San Gallo the Young, after having been commissioned by Pope Clemente VII to ensure that a reliable water source was available to the town in case of siege.
The history of the well is inextricably linked to the legend of St. Patrick, of Irish origins, which tells of an incredible cave in the rock of Donegal, Ireland. According to this tale, Christ led St. Patrick into this deep well in the earth that would connect with purgatory in order to show the saint’s would-be followers (who were doubtful of the saint’s teachings without “proof”) that he spoke the true word of God, obtaining in return the remission of sins.
The birth of the Orvieto Well draws its inspiration from the Irish cave known today as the Purgatory of Saint Patrick. The work is unique in its kind and denotes, based on its dimensions and the accurate design of the double helical ramp – a representation of the circles of hell, like the Irish cave – the will to be remembered as an arduous and important undertaking.
Situated in a spectacular position, it is possible to admire the entire valley of Orvieto from the Well. It is 54 meters (174.4 feet) deep, 13 meters (43 feet) in diameter, and 70 large windows filter light into the staircases, illuminating the descent composed of 248 steps towards the bottom. To immerse yourself in its depths while capturing the incredible combination of the diverse effects of perspective and light, is an experience you do not want to miss!